Disclosure: The information we provide is precise and genuine to make your Every Buck Count. However, some of the links provided belong to our affiliate partners and we get paid for it. For more information please check out our Full Advertising Disclosure.

Early retirement often seems like a façade, a dream that only people who encounter financial windfalls can attain. But that’s not the case. Every so often, you hear about or read about someone who chose to hang their gloves earlier than expected. Yet they were not sportsmen or sportswomen and they had a regular, middle income or sometimes lower than average income job.

It makes the Monday mornings seem worse if you’ve read such a piece over the weekend. The thought of having free mornings, easy travels and less work stress is very enticing. The thought of early retirement may seem like a dream everyone should aspire to but reality just checks in.

It’s hard enough saving for your 65th to you eightieth birthdays, anniversaries, and for life when you’re off the paycheck. Stretching these years may not be the smartest thing to do. But you may come across a windfall and you are thinking, why not retire early?

If that’s you, there are several downsides of early retirement that have nothing to do with cash and no one likes to talk about, here are a few.

First You Will Go through an Identity Crisis

Let’s face it, your job is a significant part of your identity. Early retirement may first seem like a splendid option. The thought of having free Tuesday mornings, no work clothes, having absolute control over your calendar or not having to meet up with nasty clients or unpleasant colleagues may seem heavenly.

But that’s not all that there is to your job.

Think about it, if you live in the U.S. the system has also taught you to unconsciously absorb your job as part of your identity. Whenever you introduce yourself, it’s almost automatic that you’ll to say what you do for a living.

If you are single, your job will earn you instant cred’s whenever you mention it to a potential date. If you have a high flying career or you are a senior member of a top-flight firm it’s undeniable that your job forms part of you. When you retire early, you’ll have a hard time explaining what you do for a living to acquaintances, dates, family and former colleagues.

Try explaining to a classroom full of five-year-olds during a school career day and you’ll know what I’m talking about.

You may have genuine reasons for retiring early but that doesn’t take away the identity crisis you’ll have to go through. Your job is an inherent part of your identity, and if you usually get a confidence boost when people mention your title, it’s good enough reason why not retire early.

This is connected to the first point. As you wrestle with the identity crisis, one thing that’ll make it worse is that you’ll start having less and less stuff to talk about with your pals.

Face it, if you are planning to retire in your thirties or even early forties, most of your pals are on a job and whenever you meet, talk always seems to revolve around work issues. Psychologists say that it’s an important process of relieving stress.

Even if you’ve gone over to a pal’s home to watch the super bowl, notice how talk is always around bollocks they have to deal with at work.

Moreover, your pals will be less open with you concerning their issues, since you are no longer birds of a feather, work wise that is, and you’ll probably be shy to express your opinions.

If losing your pals sounds scary, perhaps it’s a good reason why not retire early. You’ll have your work and social life intact. However, if you choose to retire early, here’s what’ll probably follow.

Now that you no longer enjoy the company of your working friends, or rather, they have nothing much to say to you, your social circles will gradually begin to change. Just ask yourself, how much you enjoy the company of older folk. You know, the pensioners and retirees (like you but just older)?

Well, you’d better start getting used to the idea of seeing more of them at the gym when you go there at 11 am or reading the newspaper in the coffee shop early in the morning or even in the at the voluntary office you signed up for to kind of keep you busy.

In the neighborhoods, your peers or work colleagues won’t be there because they’ll be at work. And the more you hang out with the older folk, the less in touch you are with what your peers are up to. Slowly, you’ll begin to have a life perspective like the older folk, you’ll be less adventurous, and more interested in “older folk stuff.”

Meanwhile, your peers are at work, craving for the lunch or coffee break where there’ll spend some time flirting or catching up and sharpening their skills for the next big break.

It’s the End of the Fun Holidays

As you spend more and more days getting by, no clock to wake you up in the morning or crazy deadline to keep you up late at night, you’ll notice that there’s something that’ll also fade away, the fun part of the holidays.

Face it, when you are still at the job, holidays are precious. We spend hours on end contemplating what fun thing you’ll do, researching, budgeting and planning for them. We want to make the holidays count and that’s what makes it fun and precious. But when you retire early, it all goes away.  You don’t have crazy expectations for the holiday, you can always pop in to say hi to your folks or other family members on another day, and you’re not waiting for a holiday on baited breath. At this point, you’ll realize that the real fun in holidays, is the break from work and they aren’t as much fun as they were.

Sounds like early retirement is having loads of time on your hands but not enjoying much of it.

Folks will Take Your Time for Granted

Speaking of having time on your hands but not much fun, other people will add on to that misery. How? You may ask.

Well, remember how busy you were before you chose early retirement, you are no longer that busy and Jim or Mary, your pal who has a dog will also notice that.

Yes, your friends and family (whom you love so much) will notice the sudden free hand and ask you to do ridiculous errands for them.

Brace yourself for the puppy eyes and requests like: I have a crazy deadline at work, any chance you can keep watch over Tom (the cat) this weekend? Or would you mind picking a delivery for me, I’ll be held up in traffic on my way from work, and so on. Funny thing is that your friends and family never used to ask you any of these when you were still on a job.

But since you are a reasonable, considerate and kind person, you’ll probably be thinking, it’s not too much they are asking for and won’t cost you much, so you’ll do it anyway.

What if You Didn’t Get a Windfall?

If you didn’t win the lottery or get a massive inheritance or a crazy compensation settlement, it means you intend to live off your investments and savings and you’ll have to be frugal for 40 or so years

Most of the blogs you’ll read out there will tell you about how you can retire early from an ordinary job and ‘live comfortably’ for the rest of your life.

That just doesn’t add up, you can’t spend less time making money and hope to enjoy the rest of your life spending it.

Reality check, you’ll run out of cash, no matter how deep you think your pockets are.

Chances are you’ll make a dramatic shift in your spending patterns and become more frugal. Think about it, you’ll need to have piled up about $ 900,000 to retire at 55 and survive with a modest $ 36,000 every year for the remaining 30 years. (And that doesn’t include the emergency expenditures or taxes)

If that’s you and thinking you’re in trouble, all’s not lost, this article will give you great insights on how you can retire and still make some extra cash. Also, apps like Trim will help you track your spending and manage your cash better.

Retiring early sounds like an excellent proposal. But if you are looking for peace of mind, a vacation would probably be better. HomeAway is an excellent place to check for deals. When you think about all these downsides that no one likes to talk about and have nothing to do with money and you’ll see why you should not retire early.

On the other hand, if you think you have enough money stashed away, better think twice. The 2008/2009 downturn isn’t too far off our minds, and keeping your cash in stocks and bonds will mean risking losing the principle. If you think a savings account is better, inflation will ravage your nest egg.

Related Post: How Much Do I Need to Save for Retirement? 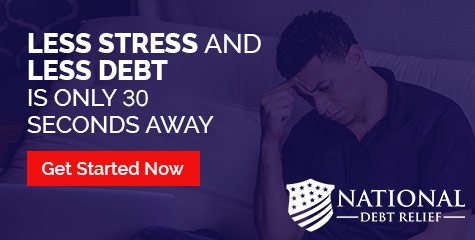 Be an influencer. Share what your voice say and get paid. Get rewarded with gift cards and cashout and change the product of tomorrow. 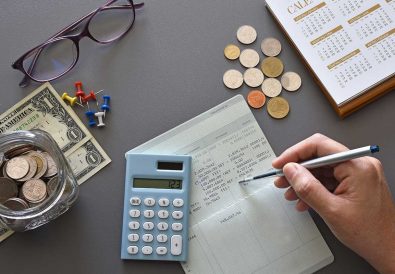 Know which Retirement Withdrawal Strategy will Work Best for You

Do you need to Clear your Debts first before you Save for Retirement? 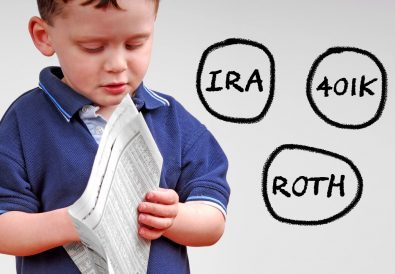